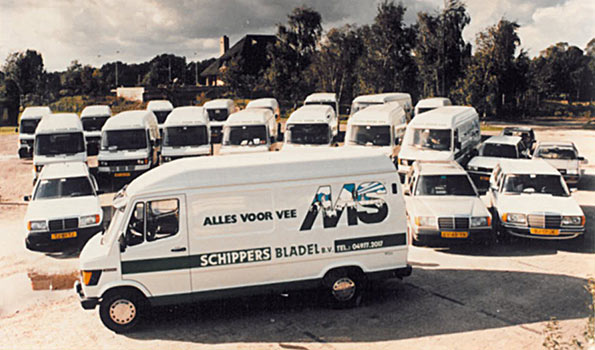 With the slogan Passion for farming, the Schippers family makes clear where the company stands. Passion for Farming includes the commitment to the agricultural enterprise and all that it comprises to be acquired and maintained in the best manner possible for both humans and animals. That has always been the starting point of the founder of MS Schippers, Martien Schippers. The company was born out of passion for the farmers.

Martien Schippers came from a large farming family from Oerle, Noord-Brabant and was the sixth of nine children within this family. He has also completed the Mulo diploma as well as the Agricultural Winter School and since then wanted to become a farmer, together with his Maria. Maria also comes from a large family, as many as 12 children walked around on the farm. All the children had to earn extra money and before and after work time, everyone helped on the farm. As was customary, only one child could take over the farm, and that was usually the oldest child. Martien, the sixth child, went looking for something else. 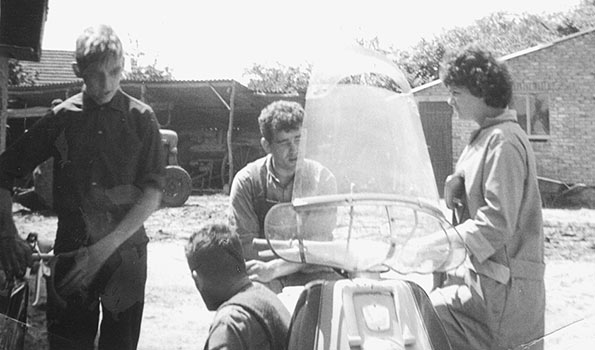 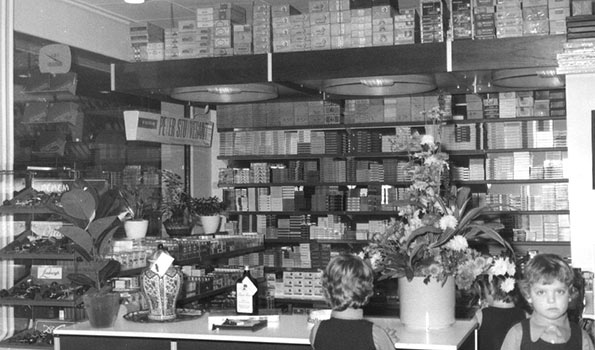 Shortly after purchasing the cigar shop in 1966, Maria and Martien got married. Maria worked in the shop, and Martien visited farmers to sell cigars. In 1968, their sons Harrie and Guus were born and a year later their third son Mark was born. At that time, grocers and other merchants visited livestock farmers quite often. Most farmers only went on Sunday to the village to attend church; otherwise, they would mostly stay within their business premises. Martien had success with his smooth way of doing business and sympathetic chat. He soon received several requests from farmers to deliver products, in addition to cigars. One of his first clients was a cattle farmer who due to expansion could no longer keep his cows separated. Martien started looking for a plastic plate with a number, attached to a rope so that farmers could recognize their cows. In this manner, he kept farmers happy by offering the first ever tags for animals in the world. There were questions concerning various topics that he could sometimes answer, but in many cases was not able to answer. However, he persevered until he found a solution. 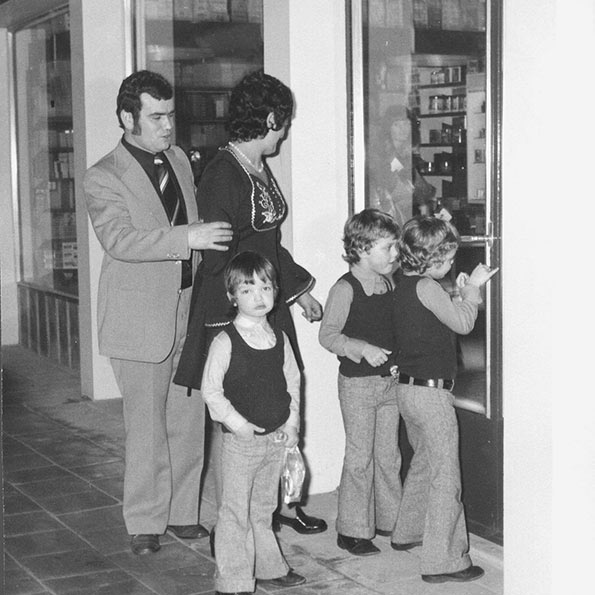 Martien also learned a lot from the livestock farmers he visited. If someone has a good product or applied a good method, Martien shared this with his customers. Martien was always looking for improvements and has developed several new things from this curiosity. For example, in the past, the tails and teeth of piglets were cut using rusty nippers. Martien started looking for an alternative and came across an optical device used to cut and immediately cauterize ropes. He adjusted the blade and to this day, it works in the same way Martien introduced it at the time. Also, he adjusted the grinding machine of Dremel that perfectly grinds teeth rather than cutting. These &quot;new techniques for the farmer&#39; did not cause wounds and infections, improving the overall health of the animals. 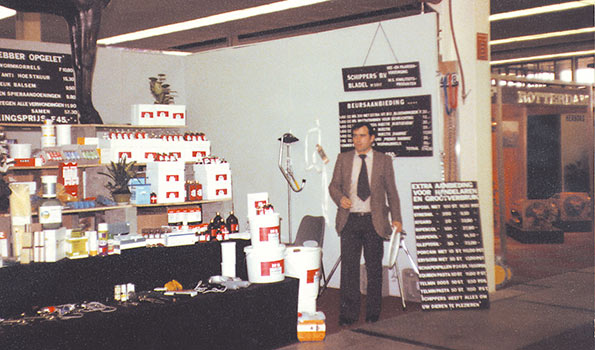 Not a job; a hobby

Through the tenacity and innovative attitude of Martien Schippers, he was able to build a large customer base in a short time. He never lost a customer! Livestock farmers enjoyed his visits because his arrival often meant the introduction of something new, something better. Martien was very self-driven, and it almost became his mission to lighten the hardships of farm life. He saw it as his task to convert the farmer to an entrepreneur.

Martien often joked with his customers that improvements could make them rich. His heart was and is indeed in farming. This joke has served many farmers very well, as well as Martien. It was not a job, but a hobby; it was a pleasure for him to see the farmer making money and staying happy. Sometimes, customers came to visit Martien and Maria on Sunday afternoons to catch up. During all this time, Martien received the full support of his wife, Maria. She has given him the freedom to work as Martien thought was appropriate and with success! 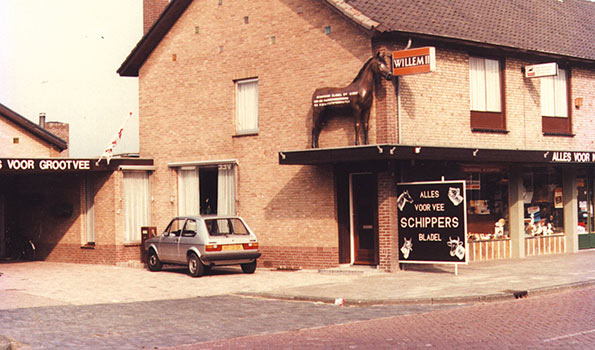 After about four years, Martien and Maria hired their first employee. Soon after that, the services were offered in Belgium because many Belgian livestock farmers traveled to Bladel to purchase supplies, but at that time, the border was still a major obstacle. In 1973, during the oil crisis, the company moved to a larger premise in Bladel. The animal specialty shop was started at this location. What Martien did with the farmers, Maria was going to do for small pets. 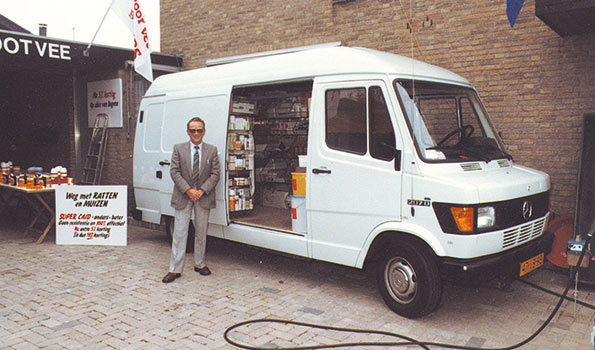 The sons take the business over

The company grew steadily and received the support of their three sons, who later on were assigned their territory. Everything was running smoothly until Martien had a stroke at the age of 50. The prospect for full recovery was small. Perhaps he would never fully recover and had to go through life with his disability. The question was then whether the company should continue to operate. Harrie, Guus, and Mark quickly indicated that they wanted to continue with the business. Since the father was unable to do anything, the three sons took over the lead of the approximately ten employees who were then employed. The sons had (and still have) the complete control of the company and did their job with pleasure. Miraculously, Martien experiences a complete recovery after about three months. 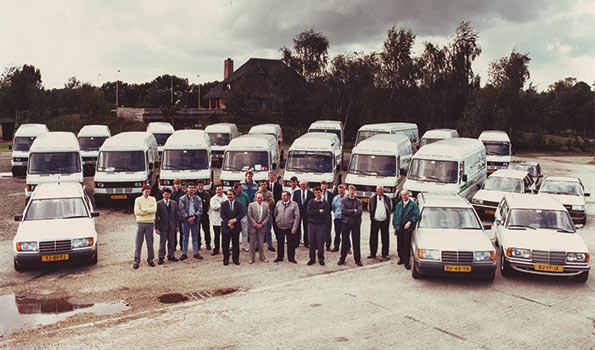 Martien decided to travel together with his Maria. Not just travel, they went to all agricultural fairs they could find and explored the world! This allowed them to become acquainted with distributors and agents to carry out their concept. The journey started by car and went to Paris, Barcelona, ​​Santarem, Galicia, Stoneley, Hanover, Poznan and other places in Europe. After one year, they also visited many places outside Europe. From Johannesburg to Beijing and from Manila to Toronto and Bangkok. Through the global visits to fairs, Martien and Maria found out many new products, and they met many new people. The export and import of the company were launched in this way.

The sons Harrie, Guus and Mark, lead the Schippers organization with the same enthusiasm and placed Schippers on the world map with a good team that finds pleasure in their work.

Schippers became one of the major suppliers for the intensive livestock farming. A professional company with 12 sales offices in Europe and active worldwide in 40 countries with a total of more than 350 employees. Martien never dreamed of this when he started in 1966. 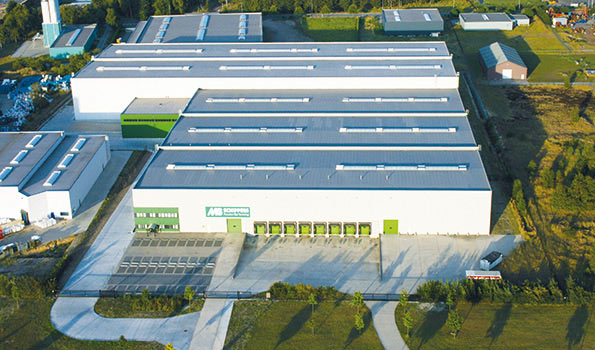 Meanwhile, Schippers is actively looking abroad, and its objective is to become the market leader in Europe. With the &quot;Without Antibiotics&quot; visions as a central starting point, we want to enable every European farmer in the foreseeable future to do business directly with MS Schippers. We are looking forward to this challenge and would be very pleased to continue to be your partner for your everyday animal supplies!

Subscribe for our newsletter and stay up to date on our latest news, events and exclusive offers.

Possibly some functionalities are blocked in your browser and are not working properly.

Causes may be an outdated browser, or if you are using the browser in private / incognito mode.