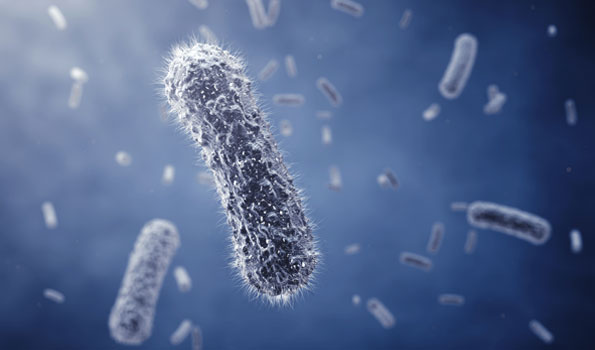 Salmonella is an infectious intestinal disease that occurs at nearly every pig farm and is caused by the Salmonella bacteria. Salmonella is a zoonosis, meaning that the illness can be transmitted from animals to humans. When slaughtering the animals, the salmonella of infected animals can reach the meat and pose a risk of infection to humans eating the meat or the products which are made from it. Some studies show that salmonella control must start with the breeding and fattening of food-producing animals. Equally important for the prevention of salmonella infections in humans is hygiene in the slaughter of the animals, the processing of the meat and not least in the preparation. Hygiene and acidifying drinking water play an important role in controlling Salmonella density on pig farms. This is proven by the HyCare approach.

There are four cornerstones to the HyCare approach. A germ-free living environment, the best quality drinking water, non-porous flooring and walls, and pest control. This approach, in conjunction with strict hygiene measures, lead to Salmonella-free piglets and fatteners.

For the HyCare piglets, all blood samples tested negative for Salmonella for three consecutive trimesters after they were transferred to the stall. By piglets from the same litter, which were stabled in a traditional stable, the blood values exceeded the critical limit. Salmonella continued to circulate among the standard piglets.

In order to perform additional testing on the unprecedented results of the HyCare pigs, special shoes were used to walk through the HyCare stall as well. Samples were collected from the central gangway, the inspection area, and the pens of piglets, young fatteners, and older fatteners. All of the shoe samples scored negative for Salmonella.

Infection primarily occurs via manure through contact with Salmonella infected animals or materials, or via visitors, drinking water, or pests. Once present on the farm, the bacteria quickly spreads via oral intake. The bacteria settles into the gastrointestinal tract and are spread via the lymphatic and circulatory systems.

Pigs do not typically exhibit clinical symptoms, which is why the illness often goes unnoticed. Symptoms that may be observed are:

Salmonella infection can lead to higher feed conversion, growth delays, and death. Furthermore, treating Salmonella can be accompanied by high costs for medicine, treatment, and labour.

Salmonella infection can affect people as well. Infected persons will suffer from gastrointestinal issues, diarrhoea, and fever as a result.

Measures can be taken that target the general hygiene of the farm, such as thorough cleaning and disinfection. Be sure to clean areas that are less obvious, such as behind and underneath feeding troughs. By coating floors and walls, effective cleaning and disinfection becomes even simpler. Concrete will house remnants of dirt and micro-organisms will settle into cracks and joints.

Rats, mice, flies, and other pests are substantial transmitters that are not affected by hygiene protocols. For this reason, it is of great importance that they be controlled, e.g. measures for controlling fly larvae in the drain.

Create clear rules for visitors. Show them to the hygiene station and be sure that it is only possible to move through the station in one direction. Provide clean overalls, boots, and wash rooms.

Arriving animals are a significant source of Salmonella infection. The transport vehicle must be clean in preparation for loading and must also be cleaned and disinfected after unloading. It is advisable to direct the delivered animals into a separate area and to test the blood for Salmonella.

Possibly some functionalities are blocked in your browser and are not working properly.

Causes may be an outdated browser, or if you are using the browser in private / incognito mode.